In his speech, Prof. Odd Arne Westad reviewed the significance of the Cold War as a useful framework for the conflicts of the II post-war international system. He argued for the massive contribution of the bipolar rivalry to the shaping of the postcolonial world: both in terms of enlarging or restraining conflicts and organizing modern societies. Then, he argued for the substantial “continuity” of US policies after 1989, especially as for the power of ideology is concerned. On the contrary, reference to the Cold War in Russian discourse is mere rhetoric except for the resentment on the East-West relations in the 1990s, that is how Russia was treated after its demise of state socialism. He reviewed China’s and Russia’s concerns over borders and the territorial aspects of their international relations. In this sense, he detected a major divergence between these states and the global mobility of current capitalism still supported by the US and partly by Europe as well.

Prof. Stefano Bianchini focused on the end of the Cold War as a major legacy in recent Russian and Eastern European politics. How the US and Western Europe related to Eltsin in the early 1990s is a major factor of resentment in Russian politics and society. The recent crisis in Ucraine concerns first of all East-East relations rather than East-West relations, and does not hinder the overall preference of Russia for close ties with Western Europe compared to other regions of the world.

Prof. Antonio Fiori argued that the Cold War has never ended in East Asia because most of current territorial disputes actually date back to the bipolar framework of the II post-war politics: the US role in drafting and mediating the territorial order of East Asia during the San Francisco conference and following Treaty of 1951 played a major role in shaping current conflicts and politics. The prominence of bilateralism over multilateralism since then has failed to provide any viable solution to the long-standing conflicts.

Prof. Corrado Tornimbeni focused on the relevance of informal networks (sub- and transnational) in shaping the impact of the Cold War in sub-saharian Africa as well as in finding out a solution to the related conflicts. He makes reference to the successful strategy of “internationalization” of the liberation struggle adopted by the Front National in Algeria, which was later reproduced, mutatis mutandis, by other national liberation movements, like in Mozambique. The networks of contacts based on political parties, solidarity movements and local councils played a significant role in supporting armed struggles in Africa as well as in working out peaceful solutions to conflicts, along the patterns of “creative diplomacy”.

Prof. Massimiliano Trentin focuses on the recent resurgence of Cold War discourse in the Middle East and argues that it would make sense only in terms of rhetorical device and “regional”, subaltern perspective on international relations. Local and regional forces used to adopt the language and discourse of the Cold War in order gain the material support of the two superpowers, and their related allies. Only in such a perspective might the resumption of Cold War references for the war in Syria make actual sense. Given the high fragmentation of Middle East politics, the Cold War was conceived and exploited essentially as a North-North conflict that diversified the system of international relations and, as a consequence, allowed local forces to break the privileged relationship enjoyed by Western Europe during colonial times. The decline of the “US Moment” in the Middle East of the 1990s and early 2000s, the rise of Russia and China as well as the oil boom in the 2000s have enhanced the autonomy of regional powers and their search for diversification in international relations. As long as such autonomy translates into rivalry and conflict, the discourse of the Cold War is back on the track of alliances and search for international support.

Prof. Duccio Basosi criticized the use of the term “Cold War” to describe the “bipolar” system of the II post-war international politics. He acknowledged that many features of US international relations were a product of the Cold War, like military build-up, the national security complex, alliances and network of military bases. However, all these were not just a Cold War “affair” because they also relate to the longer ascendancy of the US as a global power. In order for the US politics to gain a moral high ground, he added that the memory of the Cold War is today a “self-reassuring”, grand narrative of having fought, and won, a “just war”.

Prof. Odd Arne Westad reviewed the colleagues’ topics and arguments. In order to integrate the historiography on the Cold War, he argued for the need of further research along the lines of a comparative social history of the bipolar conflict that would focus on the patterns of development of societies, and not only the “state” as the principal object of research. 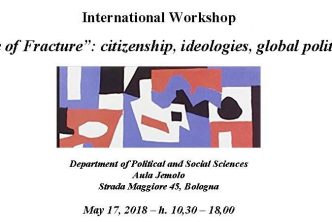 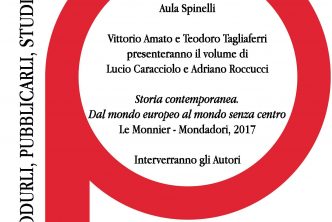 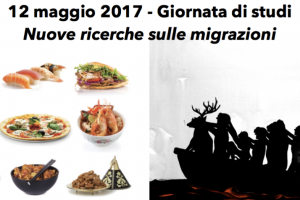 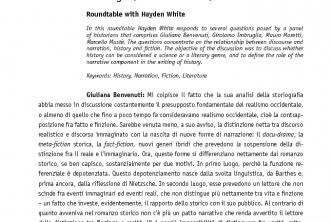